The Easter weekend provided even more time to wander the footpaths and inspect the hedgerows for plants and flowers of interest. I think I now know the difference between cow parsley, hog weed, hemlock and hemlock water-dropwort – the latter two are poisonous. I spotted Alexanders, lime green, in local abundance in Suffolk. Also heard and then saw a sky lark while there on an early morning run, which was a treat.

Back in Sussex I tried to find more Alexanders but so far without success. Between my wife’s extant knowledge and our smart phones we spotted a number of flowers, including coral root, red campion, vetch, dog mercury, archangel, townhall clock, herb robert as well as carpets of stitchwort and bluebells, which are almost at their best. 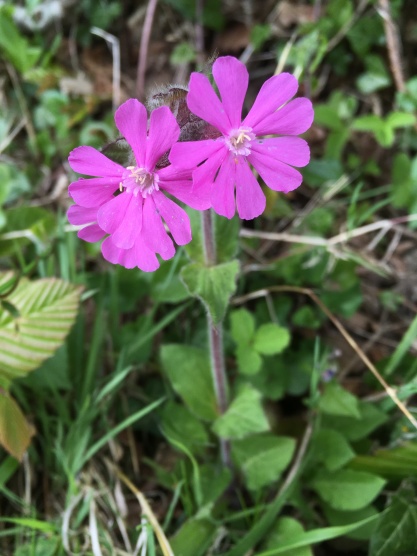 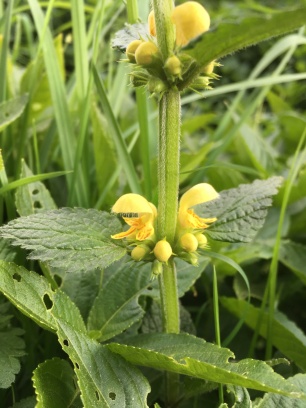 While my wife stopped to photograph a wild orchid, I collected dandelions and wild apple blossom for the next round of yeast collection. Both were in a meadow about a mile from the house and within our valley. I probably don’t want to exceed this distance to achieve the local, “terroir” specific, yeast that I’m aiming for. We spotted a few rowan saplings which would provide an interesting addition to the beer if they flower. I also now know where to find a wild cherry and possibly a damson for next year. They were both down by the river but the blossom had gone over.

One of the highlights this time of year is the nightingale. A few years ago we joked about naming our daughter nightingale if we heard it before she was born. When I came back from the hospital and stood in the driveway at 4am there it was, clear as a bell in the otherwise stillness of the pre-dawn night. Punctual as ever, I heard the nightingale last night for the first time this year. Some phrases of his tune warble, some stutter, some notes are drawn out as if longing for his mate. It’s a truly magical sound and a happy birthday to my daughter.

The apple trees in the garden are very old and I have made cider from them before using the naturally occurring yeast. On that note I tasted a bottle last night. I should call it the forgotten cider. They were 2015 apples, stored/forgotten over winter, fermented and racked to a secondary in early spring 2016 and then forgotten about until they were bottled at the end of last year. It’s not my best, pretty dry, but I like it and the dregs might be propagated to ferment a Saison as a side project. 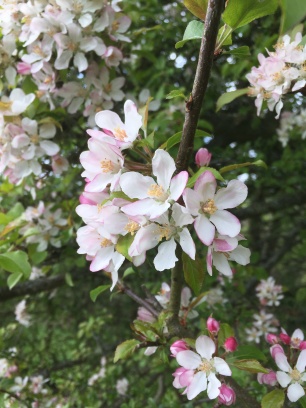 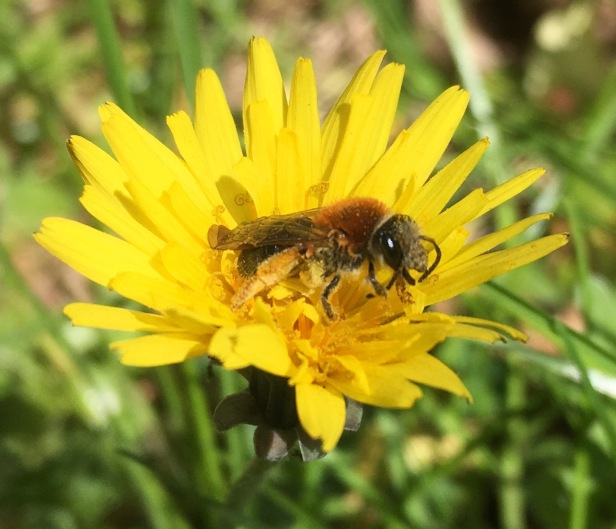 The wild apple, garden apple and dandelion were collected in the same way as before. Following a recommendation on Milk the Funk Facebook group I will remove the flowers after 24 hours. I have been collecting the flowers in freezer bags rather than carrying many tubes in my pocket, for convenience but also giving the insects a chance to escape. While I’m keeping the types separate, this does give the flowers time to muddle together, preventing each yeast capture from being isolated and unique.

The gorse batch of beer took off at a rate of knots within 24 hours and was spewing out of the airlock most of the week. After seven days it has calmed but is still bubbling persistently. 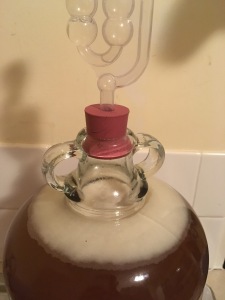 One of the flasks of primrose starter doesn’t smell so good. One of the more vigourous blackthorn flasks smells of nail varnish but not unpleasantly. I’ve read this can be caused by fermentation at high temperatures, unhealthy yeast, or brett fermenting in the presence of oxygen. The latter is certainly possible, there was a lot of air in the flask. Unhealthy yeast is possible and I will add yeast nutrient in future. Brewing Reality said that ethyl ethanoate can be found in lambic in high level due to two wild yeast strains. The other blackthorn and primrose smell ok if less distinct. 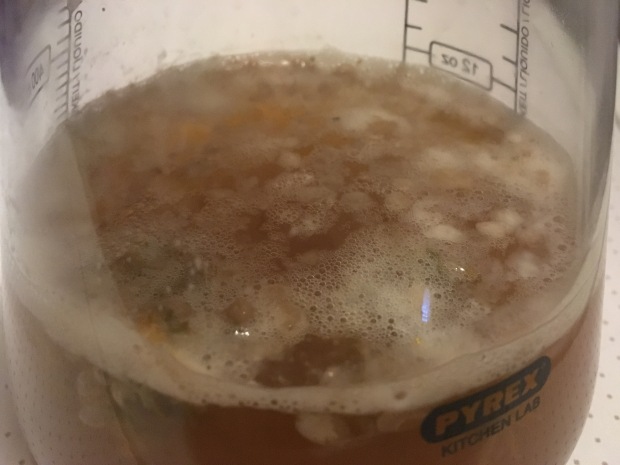 One thought on “Dandelion and apple blossom”